Hills Performance is a family run small business, owned and operated by Ben Hill. Ben takes great pride in providing honest, reliable and tradesman like services to our customers.

Ben is a qualified second generation Automotive Technician taking on years of hands-on and technical experience before commencing on his own automotive path in late 1999.

There has only ever been one path for Ben to follow and that was his love of motor cars, motorcycles and just about anything mechanical.

Most of all it was his passion for providing people with straight up no-nonsense technical answers of ‘WHY’ something had stopped, broken, or didn’t work that spurred Ben on to keep pushing for answers from his peers so he could build his own knowledge bank of all things automotive.

It was here that Ben learned the ethics of being honest and providing customers with only the very best of customer service and repair to their vehicle. Ben learned very quickly that this was his path to take and grabbed it with both hands and ran with with it flat out and is still running with it today.

From early model classics to late model EFI vehicles, it was here over a 6.5 year period that Ben built his grounds for becoming a well educated technician.

Passing his exams with high distinctions Ben continued his technical training with post trade EFI (placing first in course) and associated courses in years to come.

Ben then moved into another small family run automotive business for the next 4 years but this time it was involved in performance works, dyno tuning and more advanced engine management system operation, as well as high quality service and repairs.

It was here that Ben grew his passion for the world of performance and furthermore the diagnostic side of its related areas.

Ben then headed to the far south coast for a sea change for the next 5 years. But before he left he carried out his change over course at TAFE one night a week to qualify him as a heavy vehicle mechanic, (placing first in course).

To complement Ben’s sea change was a change of career path direction for the next two years.

Ben has a life long passion or as some called it “an obsession” with
dirt bike riding\racing. Motocross being at the forefront.

It was here that Ben took his tools and experience and managed a motorcycle workshop. He received factory training with selected Japanese and European manufacturers for their on and off road models.

It was here that he earned to respect and trust the local motorcycling community and pushed forward providing first class service and repair to their machines.

With an AWD dyno dynamics dyno and dyno cell at his disposal Ben continued on his path for performance.

Ben flew to Melbourne on numerous occasions and carried out training with VCM suite HP tuners and Herrod motorsport SCT tuning to give him the information he needed to provide his customers with the very best of tune and after sales service.

After 5 years of enjoyable lifestyle and endless hours of riding on some of the best tracks of his life Ben suffered a major injury whilst riding with friends. Ben had clean broken his femur and this with some operational issues put Ben out of the thick of working for some four months.

It was this four months and the coming birth of his first child that pushed Ben to the limit, having 3 laptops and and an iPhone at his disposal he would regularly tune them to a stand still.

He put his best foot forward and spent the time researching products and building his product knowledge and contacts. It was after this time that Ben knew there was something else he hadn’t accomplished yet.

It was time … He had to pack up and head back to the big smoke with his young family to pitch his sign, put on his Hills Performance hat and continue his automotive journey, his way, the right way, the only way he knows how – The ‘HILLS PERFORMANCE’ way.

And it is to this point that Ben continues on his path, with his motto of

“You learn something new everyday, and if you’re not … You’re not trying hard enough” 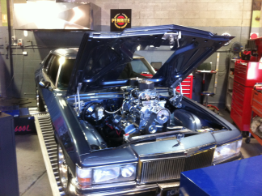